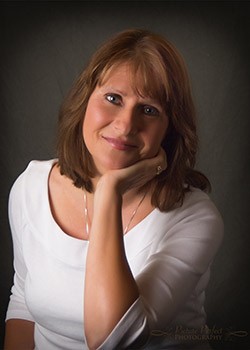 Join the Jewish Federation of Greater Charlotte’s Women’s Philanthropy as we celebrate and honor the power of women. Inspired and guided by our tradition of Tzedakah (justice/charity), Chessed (acts of loving kindess), and Tikkun Olam (repairing the world), the Federation seeks to empower women as philanthropists and leaders.

Jeannie Opdyke Smith is the daughter of the late Irene Opdyke, a brave and inspiring figure who received international recognition for her life-saving actions during the Holocaust when working for a high ranking German official.

Smith knows her late mother, Irene Gut Opdyke, never considered herself a hero. Gut Opdyke claimed that her work of saving Jews during the Holocaust was love, not bravery. Yet, she has received international recognition — the Israel Medal of Honor and the Commander’s Cross, the Polish medal of honor, are both tied to her name. The Vatican gave OpDyke a commendation and her story is part of a permanent exhibit in the United States Holocaust Memorial Museum in Washington, DC.

Jeannie is part of a new group of Holocaust speakers called Second Generation, who share their parents' first-hand stories. Irene’s story, though filled with the horrors and hate that the Holocaust holds, brings a message of faith, love and hope: that good can triumph over evil. Her tale of bravery proclaims the conviction that one by one we can say no to hatred, persecution and prejudice. Jeannie has spoken to audiences around the country telling her mother’s inspiring story of how one woman can truly make an impact on the world.

Irene’s autobiography, "In My Hands: Memories of a Holocaust Rescuer," relays the detailed account of her life during World War II. The book was adapted into the nationally acclaimed Broadway play, "Irena’s Vow," starring Tovah Feldshuh.

The evening begins at 7:30PM with a dessert reception and book signing to follow.

This event is free and open to the public. Click here to register