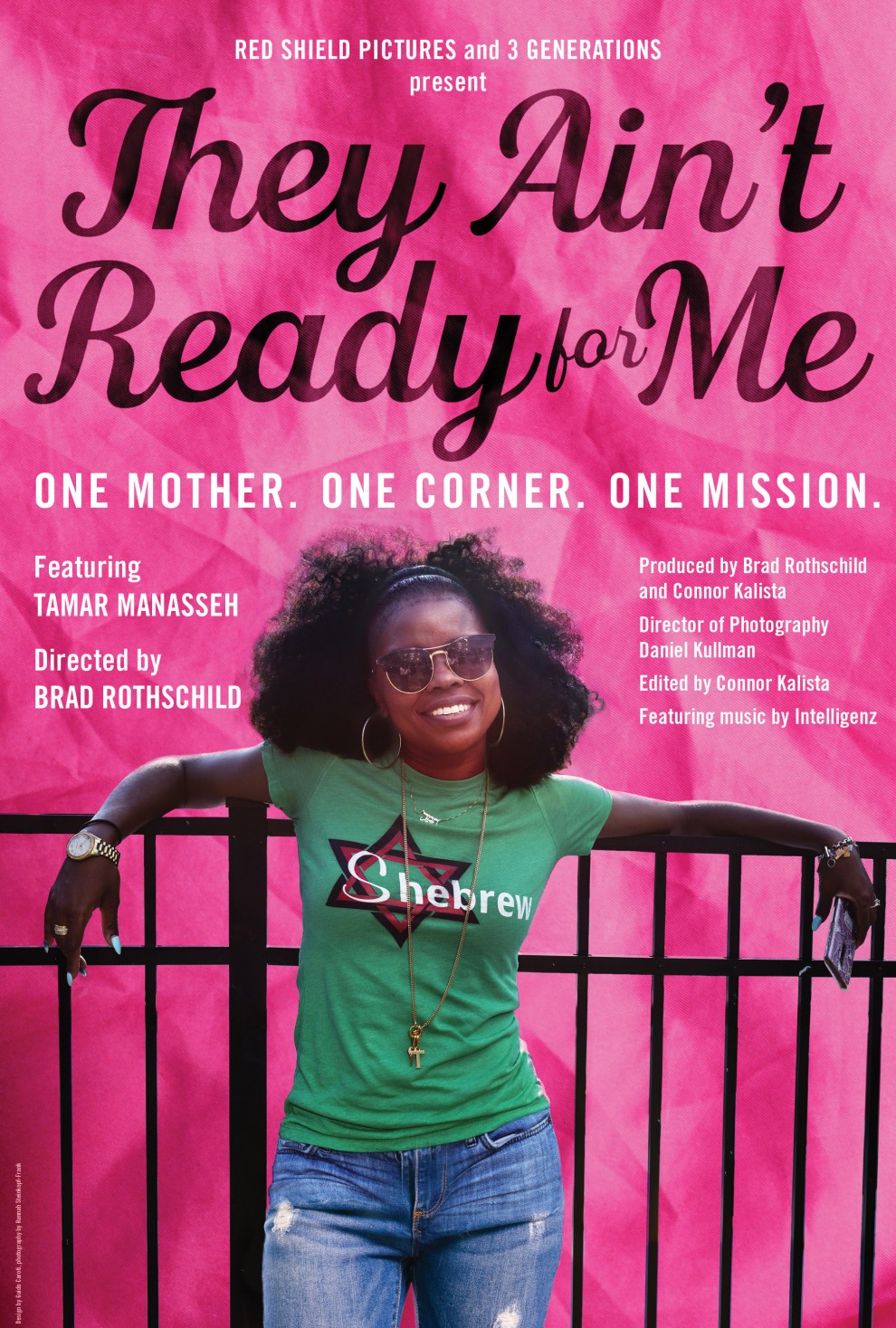 “They Ain’t Ready For Me”

They Ain’t Ready For Me is the story of Tamar Manasseh, the African American rabbinical student who is leading the fight against senseless killings on the south side of Chicago. The film explores the challenges and motivations of this fearless community leader as she works to prevent more people from being killed by gun violence. Tamar's complex identity and magnetic personality combine to make her a force to be reckoned with, and she hasn't even hit her stride yet.

Director & Producer: Brad Rothschild is an award winning producer and writer with both a creative and a business background. He received a Masters in International Affairs and an MBA, both from Columbia University. From 1995-1997, he served as the Speechwriter and Director of Communications for the Mission of Israel to the United Nations.

The talk will take place on Sunday, Nov. 15th at 5pm. Talk will include filmmaker Brad Rothschild and Tamar Manasseh (the person the film is based on).